Today’s “Fab 5″/ Selected NYCity Events – TUESDAY, MAR. 03, 2015
“We search the internet everyday looking for the very best of What’s Happening on Manhattan’s WestSide, so that you don’t have to. We make it as easy as 1-2-3.”

Stepping Into the Yards: A Mega Project on the Hudson  —
SmartStuff/ Panel Discussion   (6:30pm)

For other useful and curated NYCity event info for Manhattan’s WestSide: 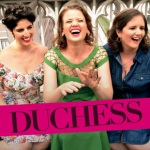 “This jazz vocal trio — a knowing update of the Boswell Sisters sound, featuring Amy Cervini, Hilary Gardner and Melissa Stylianou — celebrates the release of its self-titled debut, with help from, among others, the saxophonist Jeff Lederer and the drummer Matt Wilson.” (Chinen-NYT)

“Lately there seems to be an especially noteworthy new crop of young female singer-songwriters. Kat Edmonson’s original songs and her delivery thereof somehow seems both retro and cutting edge all at the same time, contemporary but with a firm grounding in the 1960s. On her new album, “The Big Picture,” “You Can’t Break My Heart” combines James Bond fender bass lines and an Ennio Morricone trumpet, while the next track, “Till We Start to Kiss” pays a visit to Martin Denny’s tiki lounge. Although this show is an album release event, here’s hoping Ms. Edmonson will include a few standards; her rendition of “Mele Kalikimaka” was the highlight of Vince Giordano ’s Town Hall Christmas concert two months ago.” (WSJ)
(Le) Poisson Rouge, 158 Bleecker St.
8pm / $25
(212) 505-3474

Stepping Into the Yards: A Mega Project on the Hudson

“If the Hudson Yards only means a construction site and a traffic snarl to you, it’s time to dig deeper. The Yards is not only NYC’s biggest development project since Rockefeller Center, it’s also the largest private real estate development in U.S. history. To learn more about the housing, offices, parks and cultural spaces soon to enter the Manhattan mix, don’t miss this panel discussion co-sponsored by the AIA New York Chapter | Center for Architecture. Both the process of development and the prospects for the city’s future in light of this game changing development will be discussed.

“Sometimes I think that I actually prefer Mr. Jarrett on recordings—such as his beautiful “Rio” (2011)—where we can be spared both his rather extreme facial contortions and his unrestrained temper tantrums. (He shares with Frank Sinatra not only a superlative taste in American standard songs but also an unabashed antagonism toward photographers.) But there’s no denying that the bad boy of contemporary jazz piano is worth the trouble. His luxurious lyricism and wizardly harmonic sense make him someone you want to catch in any and every medium, and his solo improvisation shows are especially pungent samples of his unique artistry.” (WSJ)
Carnegie Hall, Isaac Stern Auditorium, 57th St. and Seventh Ave.
8pm / $45-$110
(212) 247-7800

Corner Bistro has outlasted many of those other taverns around town because they know how to keep it simple — just good burgers and beer, fairly priced. The classic bistro Burger is only $6.75, and should be ordered medium rare, which will be plenty rare for most folks. Actually, it will be a juicy, messy delight – make sure you have extra napkins. I like to pull up a stool and sit by the large front window in the afternoon, where I can rest my burger and beer on the shelf, and watch the Villagers walk by.

Like Loading...
This entry was posted in Uncategorized and tagged Art of the Brooklyn Bridge: A Visual History, Carnegie Hall, Corner Bistro, Duchess, Jazz Standard, Kat Edmonson, Keith Jarrett, LE Poisson Rouge, Museum of the City of New York, National Arts Club, Stepping Into the Yards: A Mega Project on the Hudson. Bookmark the permalink.