For future NYC Events, check the tab above: “NYC Events-September”
It’s the most comprehensive list of top events this month that you will find anywhere.
Carefully curated from “Only the Best” NYC event info on the the web, it’s a simply superb resource that will help you plan your NYC visit all over town, all through the month.

Bebel Gilberto
City Winery / 8PM, $55–$65
“Bebel Gilberto launched a thousand boutiques around the turn of the millennium with Tanto Tempo, an oxygenated blend of bossa nova and electronica. The daughter of bossa inventor João Gilberto has subsequently dialed down the synths; her latest release, Live at the Belly Up, is a stripped-down set with longtime guitarist Masa Shimizu. Gilberto sounds kittenish and comfortable among awkward sing-alongs, the occasional flubbed lyric, and a cover of Radiohead’s “Creep” that really shouldn’t work as well as it does. If she sometimes sounds as though she really doesn’t give a hoot, it makes her a refreshing alternative to more self-conscious purveyors of sultry nightclub standards. The cool, calming influence of Sade pervades everything from her expatriate take on Caetano Veloso’s “Baby” to Marcos Valle’s seasonally appropriate “So Nice (Summer Samba).” (Richard Gehr, VillageVoice)

Michael Feinstein and Christine Ebersole: Two For the Road (Sep.01-03)
54 Below / 7PM, $85+
“Feinstein, the popular and polished standard-bearer of American song, returns to the club that bears his name for a long run that teams him with one of the best cabaret performers out there: Broadway leading lady Ebersole (Grey Gardens), who is equally skilled at comedy and sentiment and who moves with ease between her lustrous belt and legit soprano. Among the selections in their Great American Songbook–centered set are “Stormy Weather,” “Time After Time” and “On the Atchison, Topeka and the Santa Fe.” (TONY) 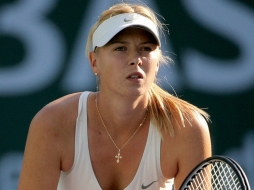 Today’s tips: Arrive Early. Security screening seems to have been ratcheted up which may cause delays to enter. Best not to bring a backpack.

The most comprehensive review of the tournament and the current state of tennis can be found at the NYTimes/Sports. OR for another useful guide to the U.S. Open, try TimeOutNewYork’s guide.

Early in the tournament forget the Big House (Arthur Ashe Stadium), which is a full 60% larger than any of the stadiums at the other majors and not a good place to watch tennis. Get a grounds pass and once inside check out the electronic scoreboard listing matches in progress. Find a match or players that interest you. Head over to their court for some great tennis, because in this tournament even the qualifiers are great players. There is no other major sporting event where you can get so close to world class athletes as at the U.S. Open – at least on the outer field courts, and the Grandstand court. These are  courts where you can get a real sense of the pace of the game.

Unfortunately, the brand new Armstrong stadium carries on the USTA tradition of building humongous stadiums, but we still have the outer courts and Grandstand.

If you always wondered how much money is at stake in this tournament, here are the numbers: (the total purse for the 2018 US Open is $53 million.)

Metropolitan Opera Summer HD Festival (LAST DAY)
Lincoln Center for the Performing Arts
“Think you can’t afford the finer things? Think again. We got the hookup on free opera. For its tenth summer in a row, the Metropolitan Opera invites you to Lincoln Center Plaza for nightly alfresco screenings of epic performances from previous seasons. From August 24–September 3, the Met will set up over 2,800 seats in front of the Opera House, where you and your date can eat and enjoy tapes of the shows under the stars.