Covid-19 has required some changes. First of all, some very important information:

How to Get the Coronavirus Vaccine in New York City – NYT

“There are multiple websites, disappearing slots and even attempts to game the system. Here’s our guide to what you have to do to get a dose in your arm.”

For March we are going to try a different format – “Top 10 Corona Culture” – updated info and video especially suited to these difficult times OR NYC related visual info (Instagram and YouTube) OR all the NYC news you need to start your day. We hope you will come back often to see what’s cooking here.

“This week, celebrate St. Patrick’s Day, listen to Shakespeare or make some art.”

2. Your guide to the NYC’s newest museum, the Frick Madison – TONY

“The Frick Collection is starting a new chapter after 85 gorgeous years at its 1 East 70th Street mansion.

Starting March 15, The Frick Madison will be open at 945 Madison Avenue—the former home of the Whitney Museum of American Art and the Met Breuer—while Henry Clay Frick’s mansion undergoes a massive renovation. This new stint will last two years, and while the Brutalist building by Marcel Breuer is a huge departure from the Gilded Age mansion, the space is offering a much different and rare look at the collection, according to museum officials.”

“As the only site dedicated to the intellectual life of NYC, Thought Gallery provides a unique resource for getting a handle on brainy New York. We take a curated approach, with a calendar that’s tight and timely, and articles that bring the city’s great programming and institutions to life.”

“This redesigned exhibit is going to rock!

The American Museum of Natural History just announced that The Allison and Roberto Mignone Hall of Gems and Minerals will finally be reopening on February 17, 2021. The hall has been part of the museum since the ’70s, and closed in 2017 to be redesigned as one of the New York icon’s 150th anniversary projects. It was originally supposed to open this fall, but because of the pandemic, it got moved to winter of 2021.”

“Live performances will start to return to New York soon, in very limited ways. Governor Cuomo announced today that starting on April 2, live-performance venues will be able to reopen at 33 percent capacity, with limits of up to 100 people indoors or 200 people outdoors, according to the New York Times. That would go up to 150 people indoors or 500 outdoors if the venues can test all attendees for COVID. This news comes after Cuomo announced that New York City movie theaters will be allowed to reopen at 25 percent capacity starting on March 5.” (vulture.com)

Artwork from the iconic post-impressionist painter Vincent Van Gogh will come to life in a 360-degree digital spectacle that’ll illuminate and transform the physical space into a fully immersive Van Gogh exhibit. You’ll see Van Gogh’s work take over the walls and encompass your surroundings through the lenses of several dozen projectors, hyper-realistic VR headsets, or a mix of both.”

7. The Met Casts New Light on its Greatest Hits and History – NYT

“Goya, Caravaggio, Rubens, Velázquez and more are in skylit splendor in the European galleries. And the museum is acknowledging the shaping force on art of colonialism, slavery, the disenfranchisement of women.”

“From quirky Chinese hot pot in Flushing to splurge-worthy sushi, here’s where to eat in NYC right now”

9. The Metropolitan Opera is streaming free productions every night – TONY

“The Metropolitan Opera has closed its doors though at least September 2021, but the great New York opera house continues to lift the spirits of opera lovers around the world with free nightly streams of complete productions from its archives. Most of the offerings were originally recorded with multiple cameras in high definition to be shown in movie theaters as part of the company’s popular Live in HD series.

Each opera goes live on the Met’s website at 7:30pm EST (12:30am GMT) and remains there until 6:30pm EST the next evening. The operas can also be viewed with the Met Opera on Demand app on various devices.”

“The results are in! We asked viewers worldwide to help curate the next week of Nightly Opera Streams, and now we’re presenting your top selections—counting down to the No. 1 choice, the 2020 Live in HD transmission of Handel’s Agrippina. Explore the articles and resources below to expand your knowledge and enhance your experience as you enjoy the screenings. A full schedule for the week is available at the bottom of this page.” 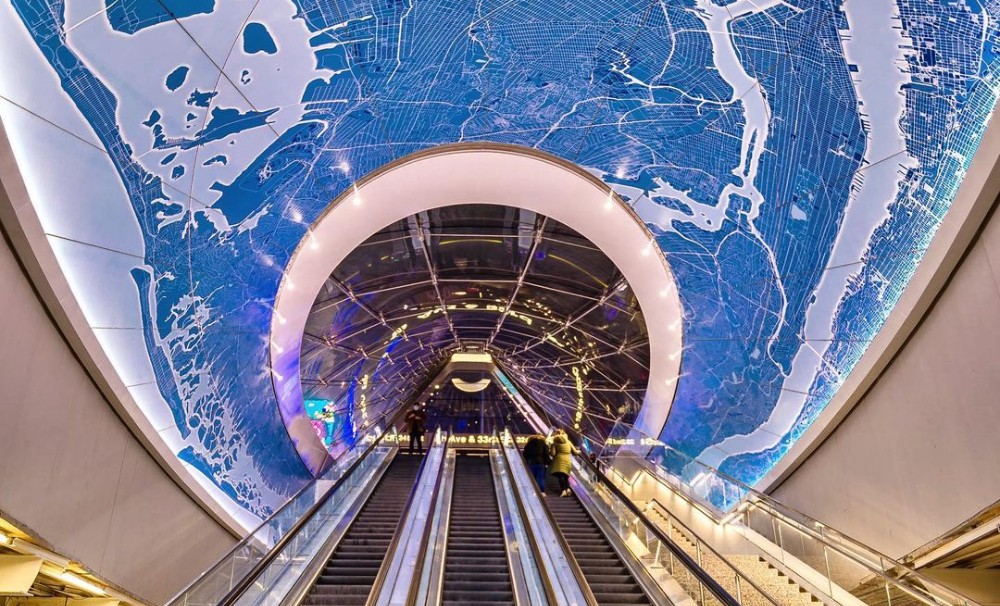 “On January 1, the gigantic new Moynihan Train Hall officially opened to the public.

Governor Cuomo announced the grand opening earlier in the week, and New Yorkers have been making their way to see the stunning completed $1.6 billion project ever since.

The brand new train hall is 255,000 square feet, in the former over-100-year-old James A. Farley Building, once the main United States Postal Service building. The new hall has been named after U.S. Senator Daniel Patrick Moynihan, and will increase Penn Station’s current concourse by a whopping 50 percent. There is also a newly completed East End Gateway at 33rd St. and 7th Ave. that opened on New Year’s Eve.”

What’s in store for restaurants next year?

“Welcome to Year in Eater 2020, Eater’s annual ritual of eulogizing the past 12 months. In 2020’s final days, Eater NY will be posting questions about New York City’s restaurant scene in the past year, with answers from food writers, photographers, chefs, restaurateurs, entrepreneurs, and even a few local legislators who helped to support the industry through this enormously difficult year. Now, we ask: What are your headline predictions for 2021?”

bonus#1:  Carnegie Hall and the Jewels of Midtown: Stroll the History – NYT

“Our critic chats about the beloved stretch from the music hall to Lincoln Center around Central Park with the architects Tod Williams and Billie Tsien.”

“Our critic chats with the architect David Adjaye about Hotel Theresa, Marcus Garvey Park, the home of Langston Hughes, the Y.M.C.A. and other landmarks.”

We hope you enjoy this change of pace, then please return here April 1, and every day for our daily, hot off the presses event guide with “Only the Best” NYCity event info.