For future NYC Events, check the tab above:  “January NYC Events”
It’s the most comprehensive list of top events this month that you will find anywhere.
Carefully curated from “Only the Best” NYC event info on the the web, it’s a simply superb resource that will help you plan your NYC visit all over town, all through the month.

The Metropolitan Opera
Porgy and Bess (next Jan.11,7:30PM)
Metropolitan Opera House / 7:30PM, $85+
(Has proved so popular that the Met has added three performances to this second run of the season.)
“One of America’s favorite operas returns to the Met for the first time in nearly 30 years. James Robinson’s stylish production transports audiences to Catfish Row on the Charleston waterfront, vibrant with the music, dancing, emotion, and heartbreak of its inhabitants. “If you’re going to stage Gershwin’s opera, this is how,” raved the Guardian when the new production premiered in London in 2018. David Robertson conducts a dynamic cast, featuring the sympathetic duo of Eric Owens and Angel Blue in the title roles and an all-star ensemble that includes Golda Schultz, Latonia Moore, Denyce Graves, Frederick Ballentine, Alfred Walker, and Ryan Speedo Green.”

7 OTHER TOP NYC EVENTS TODAY (see below for full listing)

MARÍA GRAND (Jan. 7-11)
at the Stone / 8:30 p.m.; $20
“Grand plays the tenor saxophone in a leery, elusive tone, sometimes using short, terse phrases, sometimes wriggling like a snake in the grass. At 27, she has already become an integral player on New York’s contemporary jazz scene — a fact borne out by the rich cast of collaborators who will join her at the Stone. Highlights will include her trio performance on Tuesday, featuring Mary Halvorson on guitar and Anaïs Maviel on voice and percussion; and her show on Jan. 9 with Amirtha Kidambi on voice, Joel Ross on vibraphone, Nick Dunston on bass and Savannah Harris on drums.” (NYT-GIOVANNI RUSSONELLO)

DARIUS JONES QUARTET (Jan. 7-8)
at the Jazz Gallery / 7:30 and 9:30 p.m.; $15-$25
Darius Jones’s alto saxophone sound is bulbous and bawling, but it’s also sharp enough to cut deep, lodging itself in your mind. Expanding on a tradition set down by improvisers like Ornette Coleman and James Blood Ulmer, he shows how blues, Southern gospel and German experimentalism can all be folded together in the increasingly esoteric language of avant-garde jazz, giving the music a sense of grounding and physicality. These concerts at the Jazz Gallery will be recorded by the group Giant Step Arts, presumably for release as a live album. Jones appears here in a new quartet, featuring Joel Ross on vibraphone, Dezron Douglas on bass and Kush Abadey on drums. (Sean Conly will take Douglas’s place on Wednesday.)” (NYT-GIOVANNI RUSSONELLO)

American Dance Platform (Jan. 7-12)
Joyce Theatre, 175 Eighth Ave. / 7:30PM, $
“Early January is the season for dance showcases, timed to coincide with conferences for dance theatres from around the world who come to New York to find new work to present. For the general public, this offers a chance to consume a tasting menu of dance in a short period of time. This series at the Joyce is made up of four programs, each featuring two ensembles. Of particular note are the modern-dance troupe Dayton Contemporary Dance Company (Jan. 7 and Jan. 12), the innovative and socially engaged ODC/Dance, from San Francisco (Jan. 9 and Jan. 11), and the excellent Brooklyn-based hip-hop company Rennie Harris Puremovement (Jan. 10-11), all showing recent work.” (Marina Harss, NewYorker)

MAURICE BROWN (Jan. 6-8)
at the Blue Note / 8 and 10:30 p.m.; $25-$35, tough ticket, may need to try another night, or late set
“Brown’s music is a cross-pollination between the slicked electric textures of 1980s R&B, the warm grooves of Golden Era hip-hop, the thrashing power of rock and the effortless virtuosity of jazz. A trumpeter who goes by the name Mobetta, Brown has performed and recorded with a laundry list of pop and jazz stars; during this Blue Note run he will convene some top-flight talents from both worlds. His core band will include Isaiah Sharkey on guitar, Ben Williams on bass, James Francies on keyboards and Mike Mitchell on drums. On Monday, the Grammy-winning crossover star Anderson .Paak will handle drums and contribute vocals (Mitchell has the night off); on Tuesday, the rapper Talib Kweli will sit in.” (NYT-GIOVANNI RUSSONELLO) 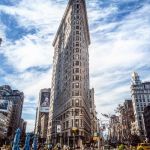 When the Flatiron Building was erected in 1902, critics savaged it. But this oddly shaped building at the intersection of 23rd Street, Broadway and Fifth Avenue immediately won New Yorkers’ hearts. In later years, as the surrounding neighborhood turned shabby, the Flatiron remained a beloved symbol of New York.

Journalist Alice Sparberg Alexiou, author of The Flatiron: The New York Landmark and the Extraordinary City That Arose With It, will talk about what this iconic structure means to the city, the world, and to her.”

Escher and the Droste Effect
Simons Foundation, 160 Fifth Ave., 2nd Fl./ 5PM, FREE
“In 1956, the Dutch graphic artist M.C. Escher made an unusual lithograph. Titled “Prentententoonstelling” (or, “Print Gallery”), the piece shows a young man standing in an exhibition gallery viewing a print of a Mediterranean seaport. Among the buildings depicted in the twisting print, the man paradoxically sees the very same gallery in which he is standing. Curiously, Escher left the middle of the lithograph blank, filling it with only his monogram and signature.

In this lecture, Hendrik W. Lenstra will discuss interactions between mathematics and M.C. Escher’s artwork. A mathematical analysis of the methods used by Escher leads to a series of hallucinating computer animations that show, among others, what’s in the blurry blank hole in the middle of the piece.” (ThoughtGallery) 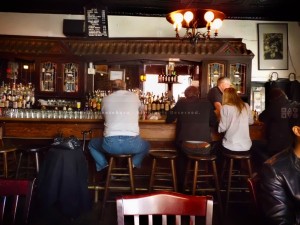