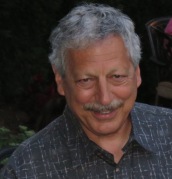 For the month of August we are going to try a different format – on some days we will go visual and offer a selection of the very best NYCity Instagram photos or YouTube videos. Some days you will find “the Nifty Nine”, all the NYC news you need to start your day, or the Top Online Travel Forums with NYC info. On other days we will offer “Top 10 Corona Culture,” updated info and video especially suited to these difficult times.

We hope you will come back often to see what’s cooking here.
Today it’s Top 10 Corona Culture (b2). NEW STUFF!

3. What to stream online: from virtual museum tours to the best concert movies and theatre shows  (The Telegraph).

9. The Strand brings book discussions online to Facebook and Zoom for readers  (amNY).

10. When Manhattan Was Mannahatta: a Stroll Through the Centuries  (NYT).
From lush forest to metropolis, the evolution of Lower Manhattan.

We hope you enjoy this change of pace, then please return here September 1, and every day for our daily, hot off the presses event guide with “Only the Best” NYCity event info.

Lower Manhattan – Did you know?

New York City, a city of neighborhoods, is filled with sights that every visitor should see. No neighborhood has more spectacular sights than Lower Manhattan.

Governors Island, unlike anywhere else in New York City, is a 172-acre playground in New York Harbor, just 800 yards and a short ferry ride from Lower Manhattan. With unmatched views of the Manhattan skyline and the Statue of Liberty, Governors Island is admission-free and open for picnics, biking/strolling, tours, performances and events.

We Flew A Drone Over Governors Island: Gothamist

Above New York: The Hills on Governors Island | Viewing NYC

Now how about some other useful information during these trying times.

8/14 – Vote Ready: A Concert for Voter Registration, performances from The War On Drugs, members of Grizzly Bear and TV On The Radio, Kevin Morby, Waxahatchee, Tarriona “Tank” Ball, Kam Franklin (of The Suffers) and more

Info and links at wfuv.org/livestreams

Interesting. Unusual. Uniquely NYC. Highlights of this week’s top events include New York Responds, Diary of a Tap Dancer, TIME AND OTHER TRAVEL and more. Get the NYC-ARTS Top Five in your inbox every Friday and follow @NYC_ARTS on Instagram or @NYCARTS on Twitter to stay abreast of events as they happen.

On August 1, MCNY unveiled its new outdoor exhibition, “New York Responds,” incorporating photographs that document this singular moment in New York City history. On view on the terrace and balustrade, the first phase of this outdoor installation features a selection from the 15,000+ images submitted to the Museum’s open calls — #CovidStoriesNYC and #ActivistNY. The outdoor presentation offers a starting point for a new exhibition that will open at the Museum later this year …

Millions of viewers have experienced 92Y’s classical online concerts since Garrick Ohlsson inaugurated the series in mid-March. Now, 92Y is proud to announce its Summer Season of classical concerts streaming twelve enticing and adventurous programs.The summer season boasts eight live streams from the artists’ own spaces, followed by four premiere broadcasts of previously recorded concerts. With a few exceptions (noted below), all concerts will air on Tuesday and Thursday evenings at 7:30 pm, Eastern time. …

Join via Zoom every Tuesday and Friday for story time and crafts! Each class includes a special Little New-Yorkers hello song, silly dances and songs, a story book reading, and a craft to do at home. This week, read Frankie’s Favorite Foods, written and illustrated by Kelsey Garrity-Riley. Meet Frankie who has too many favorite foods!  He can’t just choose one for the school play. Find out how Frankie manages to use his love for …

Beginning Tuesday, July 14, City Center presents a newly commissioned weekly performance series conceived and curated by Bronx-born tap dancer Ayodele Casel, one of the “Biggest Breakout Stars of 2019” (The New York Times), alongside Torya Beard, called “Ayodele Casel’s Diary of a Tap Dancer V.6: Us.”For this series, Casel has curated a group of nine artists who will present seven different video performances—solos and duos created and performed by a multigenerational and multicultural group. The series is a continuation of her Diary of a Tap Dancer project …

Acclaimed pianist and composer Lafayette Gilchrist and legendary saxophonist David Murray will appear in duo concerts livestreamed from clubs in Baltimore and NYC.• Friday, August 7 at 7 p.m. EDT presented by An Die Musik in Baltimore. Access to streaming link $7. For information visit https://www.instantseats.com/index.cfm?fuseaction=home.event&eventID=546C69D9-0BE4-D303-41303E228C420536.• Friday and Saturday, August 28–29 at 9 p.m. EDT presented by The Village Vanguard in New York City. Access is $10, available the week of the show via https://villagevanguard.com/.Lafayette …